Main Elemental Players In The Bitcoin Ecosystem(Part two of six)

Main Elemental Players In The Bitcoin Ecosystem(Part two of six) 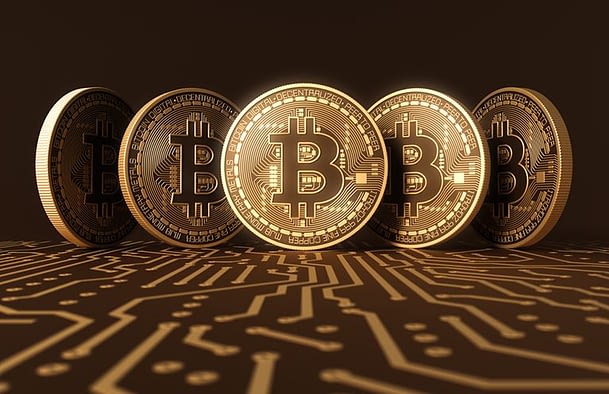 There are four main elements that make up the bitcoin process. These are identified and briefly explained below. I seek to take my reader through the journey of understanding the brief concept of bitcoin before my legal analysis. This would make readers rather appreciate the points much better. This write up is made reader-friendly for non-technology inclined as well as law. These include:

According to Thomas 2017, miners participate in the bitcoin process by verifying each transaction with the blockchain and in the process extract bitcoin directly from the system. Anyone with access to the internet and suitable hardware can participate in the mining process.

These miners more or less are the hub of the bitcoin production and can be said to be the “central bank” in the ecosystem. The question is how can these miners be regulated or licensed so that their activities even though their economic rights are protected under by law they operate in the confines of a legal framework.

The legality of mining is a subject of discussion which Ghana cannot be an exclusion. Worldwide review on the legality of this subject-matter remains a mix. Not all countries accept bitcoin as a standard currency for means of exchange. The Chinese Central Bank banned bitcoin transactions on the market sometime ago by a communique it  issued on 17th December 2013. The US Senate in November, 2013 discussed the potential risk and threats of this virtual currency for possible legislation. Indeed this is what this paper is seeking to point out in the Ghanaian context by pointing out the risk and other major problems associated with this non-fiat currency and the need for amendments of current legislations and or promulgations of new legislations or regulations for bitcoin transaction. The FBI in the US shut down Silk Road, an infamous online drug market place by seizing $3.6 million worth of coins[1].

B. The Bitcoin Developers

According to Thomas 2017, the developers in the detail of the bitcoin market manager designed the software to keep the bitcoin protocol running. I must emphasize that the protocol is the software programme (which is in C++ programming language) on which the whole bitcoin run. Prior to August 1st 2017, the bitcoin system was able to handle six transactions per second, compared to close to 1,600 for VISA[2]. The developers thought of how to increase the transaction speed per second.

By this development, some software developers proposed that some old transactions should be freed from the blockchain to allow for space thereby increasing the speed and number of transactions. Further to this, these developers also believed that if the block size is small resulting from freeing up data, hackers would have a tough time attacking the system or the system becomes less vulnerable to the hackers[3].

The developers also proposed that the block size should be increased from 1MB to 2MB to enhance its capacity to relegate all problems of speed and number of transactions. Due to these varying ideas to solve problems of the bitcoin software, there was a disagreement. This led to what became known as the great ‘fork’ or ‘split’ where different versions of the software were released representing the various schools of thought of the developers. Other coins were created such as bitcoin cash BTC, litecoin, etc. This caused stability problems on the market with the original bitcoin maintaining a post-fork value at around $2,700 per bitcoin whiles bitcoin cash settled around $400 per coin[4].

This is a platform for buyers and sellers to trade in bitcoin. There are business that are set up and allow trade of bitcoins and other virtual currencies to be traded on the platform. The big question at this juncture, is whether the Ghanaian laws permit bitcoin exchanges? I have fully discussed this point thoroughly in subsequent paragraphs. At this point in my paper, I am only building the reader’s understanding of the whole bitcoin trade before I delve into serious legal matters. This will assist readers to better understand my submission and the legal dynamics therein. So customers trade in the digital currency[5] for other assets such as the accepted fiat money which is legal tender issued by governments and other digital currencies[6].

These Exchange Companies act as market makers. Market makers companies are mostly registered with the Securities and Exchange Commission or under the Stock Exchange. Here, these companies quote both buying and selling price in a financial instrument. The interesting thing is that there are companies operating in Ghana without any registration under the law. An example is a fraudulent online company called GDM which I had to represent my clients to retrieve their claims due. These companies operate basically on the internet and transaction are across their platform designed for such purpose.

These companies allow exchanges on their platforms on the internet and charge commission fees for their service. But the biggest problem that remains is, are they registered under Ghanaian laws to operate to the extent that investors funds are protected? No. In short, these established companies (international) such as Coinbase, Kraken, etc. exchange in bitcoin or other forms of digital currencies or electronic transfer of digital currencies and make profits from thereto.

According to Thomas 2017 supra, wallet providers are service providers of a digital wallet. That is, by this, the software being their platform connects a user to the blockchain and allows the user to make and receive bitcoin payments, store and manage balances and further convert bitcoin into other currencies. Just as bitcoins are the digital equivalent of cash (fiat currency), a bitcoin wallet is analogous to a physical wallet[7]. The major problem with these wallet providers’ is that they do not offer any protection for bitcoin stored or used on their platform in the event of loss or hacking as compared to banks which are required by law to protect  the stored value of their customers.

It is important to note that one can transact in bitcoin by obtaining a digital wallet via a wallet provider’s website. This platform is similar to that of an email address. It allows individuals to send, receive and store bitcoin. According to Thomas 2017 supra every subscriber on a wallet platform has a private key on passwords. That authenticates transactions made from the wallet.

[2] Rea Thomas, The ABCs of Bitcoin and a look at its Investment Potential: p.13

Christian Lebrecht Malm-Hesse Esq. holds a Bachelor of Laws Degree (LLB) from the University of London (2012). Mr. Malm-Hesse completed Ghana School of Law in 2016 and whiles there Mr. Malm-Hesse founded the Ghana School of Law Moot Court Honour Society in 2016. He was called to the Ghana Bar that same year as a Barrister and Solicitor of the Supreme Court of Ghana. He is a member of the Ghana Bar Association since 2016 and World Trademark Review. As a versatile young Lawyer, he has advised on corporate and bank transactions. Mr. Malm-Hesse writes commercial articles to international journals and believes in legal industry, hard work and quality work to client satisfaction. Mr. Malm-Hesse is currently with K-Archy & Company Legal & Management Consultants. By virtue of his exposure in legal practice, Mr. Malm-Hesse can boast of an impressive background and sound knowledge in Commercial law; Real Estate transactions; Immigration; Corporate Practice; Intellectual Property; Investment and Securities; Project Finance Advise; Banking; Litigation; and Shipping. Mr. Malm-Hesse has keen interest in technology law and transactions. He spends considerable time where necessary to hold seminars and address the business community on the aforementioned practice areas. Mr. Malm-Hesse further foundered Debate Ghana Association(2010) which now operates under the name Centre for Legal Resource Ghana (NGO). Amongst Its objects include legal aid services to the under-privilege citizens and in Ghana.

Previous Article
THE DAWN OF CRYPTOCURRENCY IN THE FINANCIAL MARKETS OF GHANA AND ITS INTER-RELATIONSHIP WITH THE LAWS OF GHANA: AN INTRODUCTION TO CRYPTOCURRENCY WITH PARTICULAR REFERENCE TO BITCOIN(Part one of six)
Next Article
Bitcoin as a Security traded on the Securities and Exchanges Market Defined and its Interaction with the Securities and Exchange Laws of Ghana(Part 3 of six)

Christian Lebrecht Malm-Hesse Esq. holds a Bachelor of Laws Degree (LLB) from the University of London (2012). Mr. Malm-Hesse completed Ghana School of Law in 2016 and whiles there Mr. Malm-Hesse founded the Ghana School of Law Moot Court Honour Society in 2016. He was called to the Ghana Bar that same year as a Barrister and Solicitor of the Supreme Court of Ghana. He is a member of the Ghana Bar Association since 2016 and World Trademark Review. A versatile young Lawyer, he has advised on corporate and bank transactions.

Made with coffee & love ©All rights reservd.